Firefox VS Firefox Focus: Is There a Real Difference?

These two browsers share many things. Developers, browser engines, the ability to allow us to easily browse the internet. Even the names and logos are similar.

However, I will say this: these two browsers are very different, despite the similarities.

We'll explore their differences in depth! 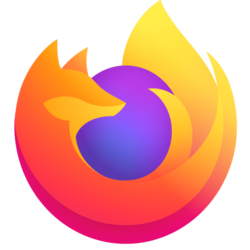 Firefox is a free and open-source web browser. It's available across many different platforms, which range from linux to iOS.

Firefox is built on the Gecko platform, which is also developed and routinely updated by Mozilla.

Firefox (on Android and desktop versions) has the capability of downloading and installing add-ons. Add-ons can increase or add different functionalities to Firefox, or simply change its appearance.

To put it bluntly, Firefox has a very long and rich history.

Its roots go way back. Back when the public internet (as we know it) was in its early stages. Somewhere around the mid-90s.

Originally a project called Mozilla developed by the now long defunct company, Netscape, the groundwork for Firefox was laid. 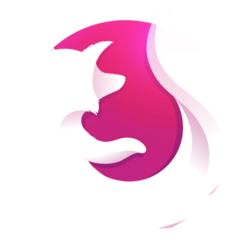 Yes, I've talked about Firefox Focus a lot in other posts. It's even on our recommended browsers for iOS list.

If you've read that post (or our Firefox Focus comparison with Brave), you'll probably already have a solid idea of what Focus is and where it came from.

But for the uninitiated, I'll give the important details right here.

What is Firefox Focus?

Firefox Focus is an official fork of the classic Firefox browser we all know and love. It runs on the same Gecko browser engine that regular Firefox does.

Focus is ultimately a minimalist privacy browser. It has very little features outside of tracker and script blocking. By default, it does not save any information between browsing sessions.

Firefox Focus is only available on mobile platforms. That pretty much means you can only download it on devices running Android or iOS.

Focus came on the map in late 2015. It was originally a simple tracker blocker developed for iOS.

It became its own standalone browser in 2016.

Now that we have the basics of what Firefox and Firefox Focus is, I'll go into a direct comparison of both browsers here.

Firefox and Firefox Focus are both built and maintained by Mozilla.

After all, as I have already mentioned earlier, Firefox Focus is an official fork of Firefox.

iOS: Like all browsers in the iOS environment, both Firefox and Firefox Focus have to use Apple's WebKit rendering engine. Not much to be done about that.

Firefox as a whole has always been pretty robust when it comes to privacy and security.

You can argue that the Focus fork hyperfocuses on privacy and security, versus features or any other frills.

Firefox Focus offers more (and better) privacy and security settings as a default.

It allows you to block ad and social trackers, other content, and can even stop the downloading of web fonts.

Focus also has passcode locking functionality. Enabling this will prompt Focus to ask for a password when opening the app.

Additionally, private browsing is always on when using Focus. You can't turn it off like you can with regular Firefox.

However, you certainly can get a similar privacy focused experience on the mobile version of Firefox.

It just requires a more modified, and consequently "bloated" experience.

On Android, with the help of add-ons and good settings, Firefox can become a true privacy browser powerhouse.

On iOS, you'll find that Firefox loses much of its luster. Add-ons are unavailable in the iOS environment and the default settings are only okay.

Honestly, there is very little that Focus does that regular Firefox can't.

In fact, in terms of raw features, regular and vanilla Firefox wins. Hands down.

Regular Firefox has tabs, saves data, uses Sync, etc. On Android, you can download and install add-ons as well.

Firefox is a full-featured and well-developed browser.

Additionally, it leans in the favor of user privacy from the jump on all platforms and devices. With add-ons and the correct settings, Firefox can become a heavy-hitting privacy focused browser.

So does that mean Focus is just a subpar, featureless clone of Firefox?

Firefox Focus' biggest "features" lies in both its tracker blocking functionality and its minimalism.

On both Android and iOS, Focus comes with more privacy friendly defaults* than regular Firefox does.

*defaults meaning without setting modifications or the help of add-ons/extensions.

And I would say the minimalism is Firefox Focus' biggest feature.

To start, since Firefox Focus is so barebones, it has a smaller file size.

For the people with devices that don't boast huge storage capacities, this is a plus because the browser simply doesn't take up a lot of space.

It also uses less resources as it's not running a whole bunch of background processes. Less things running means that more memory is free on your device, especially while using Focus directly.

Remember, unlike regular Firefox (and most other browsers), Focus doesn't have tab management. Not to mention it also lacks the more advanced features such as Sync.

Overall, Firefox Focus' commitment to minimalism makes it straight forward with privacy and super easy to use for anyone.

Ultimately, I can safely say that there are notable real differences between Firefox and Firefox Focus.

Regular Firefox is a full-featured browser known for its privacy, flexibility, and security.

Firefox can be molded into however you want; whether that's a browser that offers a superior user experience or one that offers the ultimate privacy is up to you.

Firefox Focus is a minimalist browser. However, it offers good privacy and security without the frills that some users don't care about.

Firefox Focus is good to "pick up and go," without having to worry about dealing with settings and 3rd party add-ons.

Plus, Focus accomplishes a lot while not hogging resources such as storage and memory.

Focus is best used as a secondary browser, considering it lacks even "basic" features such as tab management.

Regular Firefox is a good browser all on its own. It can easily stand in for the likes of other full featured browsers such as Safari and Chrome.

In any case, you can't go "wrong" with using either version of Firefox.

That wraps up this comparison.