How to Install Librewolf

This post was originally published on 8 AUG 2021. It has since been revised and updated.

However, achieving a higher level of privacy and security in Mozilla Firefox requires many tweaks across all levels. Some users may not be too comfortable with this and may prefer an out-of-the-box solution that isn't Chromium dependent.

Enter Librewolf - which aims to be user privacy and security focused straight from first launch.

Librewolf is an independent fork of Firefox that puts "user privacy, security, and user freedom first."

Librewolf is also the community run successfor to another defunct Firefox fork known as Librefox.

Librewolf is very similar to Ungoogled Chromium in the sense that Librewolf has removed Mozilla dependencies, services and telemetry from the browser.

For example, Librewolf does not come with Pocket integration like regular Mozilla Firefox. Librewolf also removes:

What's more is that one of the biggest draws to Librewolf is that it comes with a ton of already tweaked/configured settings that enhance user privacy and security. Some of these include:

Please note that Librewolf is not at all affiliated with Mozilla. Again, it is an independent and community-run fork of the Firefox source code. It is licensed under the Mozilla Public License 2.0.

These notable faults might compromise the general user experience and include:

This is specific to Windows 10. I'm also going with the assumption that you're not willing to build Librewolf yourself.

With a Windows OS, we've got three options for downloading and installing the Librewolf browser:

We will go over all three methods.

Admittedly, this is probably the easiest and most familiar way of installing Librewolf for many Windows users out there. We're just going to download and install an already built .exe binary. Please note, by using this method, we're placing a lot of trust in the compilers of this binary.

Additionally, binaries appear to only be available for 64-bit systems. If you're running a 32-bit version of Windows, you won't be able to execute these and will run into errors attempting to do so. 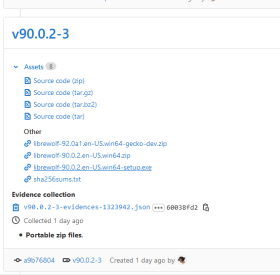 It's usually wise to verify files that you download from the internet - especially binaries such as this one. Proper verification gives us reasonable confidence that the file we downloaded is safe(ish) to install.

At the very least, even if the file isn't safe to install, verifying the downloaded files lets us confirm whether we got the same copy found on the server (or not.) 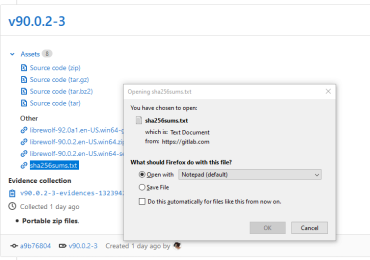 Alternatively, we can use Chocolatey, a package handler for Windows, to download and install Librewolf. The good thing about this method is that you can download updates to Librewolf automatically, as opposed to manually updating it.

Later builds of Windows 10 have support for Microsoft's winget tool. This is another package handler for Windows. It's relatively experimental but largely functions just fine. Like Chocolatey, the winget tool allows you to update Librewolf from the command line.

Hint: The easiest way to install winget is to go to its official releases page on GitHub and then download the latest .msixbundle file.

If your Linux distribution cannot use Flatpak or appimages, then odds are you'll have to build Librewolf from the source code.

Most Linux distributions have two viable options for installing/using the Librewolf browser:

For this section, I am using Linux Mint. However, following the steps I've outlined here should work for most common distros out there equipped with Flatpak support.

First, if you don't have Flatpak installed and configured, you can quickly download and install it: Download FlatPak

Please note that some distributions such as Fedora, Linux Mint, and Pop! OS come with FlatPak already installed! 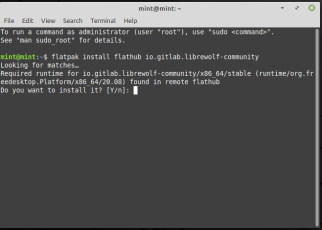 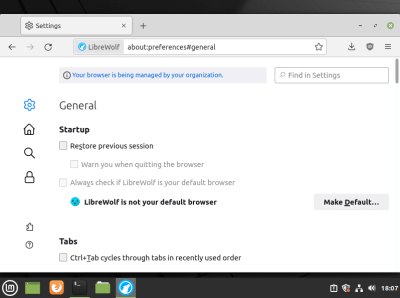 I'm using Linux Mint for this section. Appimages should be universal for most Linux distributions and flavors, so this detail shouldn't be a problem for most users.

A kind redditor, u/Unredditer, created a bash script to check for and download the latest Librewolf appimage. (Source)

To make it easier for everyone, this script is published under the MIT license over in one of avoidthehack's GitHub repos. Previously, this script was directly hosted on our scripts.avoidthehack.com subdomain, but that subdomain has been retired.

There are a couple of ways to take advantage of this.

The absolute quickest way to get the appimage is piping to bash straight from where we have the script hosted on GitHub, which is not advised because it does not allow you to read the code about to be executed by your system.: 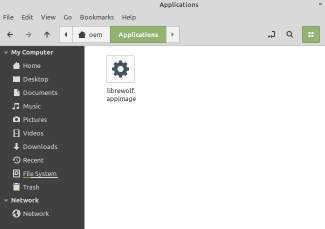 Now, a much safer way to get this appimage is to just fetch the script, "saving" it before we execute it. This gives you a chance to at least review it (https://raw.githubusercontent.com/avoidthehack/LWScript/main/librewolf.sh) before running anything on your system: 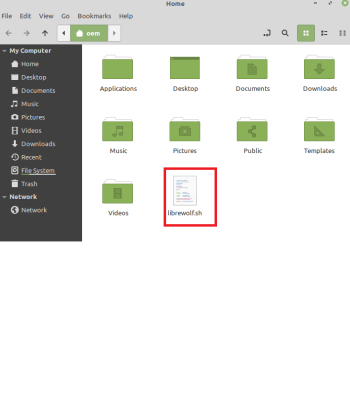 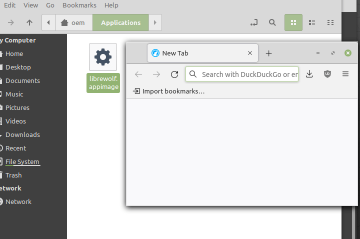 Librewolf already seems to have good support for systems running Arch as the Arch User Repository (AUR) has librewolf packages ready to go.

Alternatively, you can just build your Librewolf package from source. However, this is only advisable for users who are comfortable completing such a task. You know who you are.

To get started, you'll need to visit the appropriate repository and read the respective README.md.

Depending on how to go about installing Librewolf, you may have to install future updates manually.

This seems to hold true if you use the setup.exe for Windows.

Additionally, you'll have to check for releases manually.

Fortunately, most methods found here should enable you to install updates without having to go through the process of manually doing it.

For example, if you used Flatpak to install Librewolf then you can simply run the command flatpak update io.gitlab.librewolf-community to grab updates for Librewolf.

If you used Chocolatey for Windows, then from a command prompt type choco upgrade librewolf.

If you used the Microsoft winget tool, then from a command prompt type winget upgrade librewolf.

Librewolf is an ambitious Firefox fork that has so far held its own - in terms of keeping up with stable Firefox patches and aiming to provide better privacy and security for the end user.

Being stripped of the "bloat" found in Mozilla Firefox means that Librewolf is fast. Additionally, it's also shares the same add-on compatibility as Firefox.

For those who wish to tweak Librewolf a bit further, or are looking for addons to install you can check out avoidthehack's guide to hardening Firefox.

Hopefully this guide has helped you with downloading and installing Librewolf.

If you require more support, then we encourage you to check out the Librewolf subreddit (r/Librewolf). Bug reports should be made on the official Librewolf GitLab.

Special thanks goes out to redditor u/Unredditer for their script contribution for the appimage.

Stay safe out there!