Proton is an encrypted cloud storage provider based in Switzerland.

According to Proton's breakdown of their Drive security model, Proton Drive's implementation encrypts files and file metadata, effectively keeping the server blind to its contents (or hints of its contents.)

Proton Drive’s end-to-encryption works for sharing files and folders. For additional security features when sharing files, users can choose to password protect files (by setting their own or using a randomly generated password) or set a file sharing link to expire; Proton cannot access shared content as the URL is not revealed to the server.

According to Proton, their Drive service is also tamper-evident, using signatures to verify authenticity of files and folders

The free tier of Proton Drive grants users 1GB of storage. Apps are available for mobile platforms like Android and iOS. The platform and its clients are open-source.

Skiff is a encrypted cloud storage provider based in the United States.

According to Skiff's whitepaper, Skiff's link sharing model encrypts the URL from even its servers. Additionally, file metadata is encrypted and "hidden" from Skiff and others who are not the file owner or a shared party.

Skiff Drive can be configured to integrate with decentralized storage via the InterPlanetary FileSystem (IPFS).

The free tier of Skiff Drive grants users 10GB of storage, with an per-file upload limit of 50MB. Skiff Drive also offers apps for mobile platforms like Android and iOS; the platform and its clients are open-source.

Filen is an encrypted cloud provider based in Germany.

According to Filen's whitepaper, folder names and file metadata(ex: size) are also encrypted client-side with the user's encryption key. Per Filen's main privacy policy, transactional metadata (exchange with the server) like the user's email and IP address are recorded.

Filen supports sharing files with both other Filen users and non-Filen users via public links. Public links can be set to expire or protected with a password (that must be pre-shared to intended recipients.) In either case (sharing with Filen or non-Filen users) sharing link URLs are hidden from Filen's servers.

Filen supports TOTP for strong MFA. Its apps are open-source and support most platforms, including iOS and Android.

Filen offers a tree trial with a storage limit of 10GB, which includes the unlimited bandwidth found in the paid plans.

Ente is an encrypted photo and video cloud storage provider.

Ente’s implementation of end-to-end encryption on its platform is well documented on their architecture page. Your account has a masterkey, which doesn’t leave your device unencrypted and is required to begin the decryption (access) process to stored files.

Additionally, Ente can automatically sync photos from the device to the cloud. This can be set to only complete when connected to a Wi-Fi network. The service syncs in the background, providing convenient functionality similar to iCloud Photos and Google Photos - however, large numbers of uploads might take some time.

Ente supports strong MFA methods like TOTP. Apps are available for most platforms, including mobile platforms like Android and iOS. The platform and its clients are open-source.

Cryptee is an encrypted storage provider with a focus on photos and videos based in Estonia. Cryptee also features a web-based and encrypted document editor.

Cryptee's implementation encrypts files as well as file metadata prior to upload to the server. With the document editor, contents inside documents are also kept "hidden" from the server.

Cryptee does not have a dedicated mobile app found in any traditional app store. Rather, it is a progressive web app, which can be independently installed on all devices - including mobile operating systems like iOS and Android. Cryptee’s web client is open-source.

Cryptee offers 100MB of storage for its free tier.

A word on Nextcloud

Nextcloud is open-source client-server software for creating file hosting (cloud storage) on private servers controlled by the end-user (you). Self-hosting a Nextcloud storage server enables the user to truly take control of their data, metadata, and stored files.

A word on iCloud 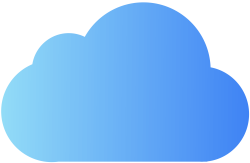 In December 2022, Apple introduced an update to iDevices and iCloud enabling users to enable Advanced Data Protection - which provides end-to-end encryption for most data and files synced to iCloud.

This is a definite “win” on both the privacy and security fronts for most Apple users - however, be aware that neither iCloud Mail, Contacts, nor Calendar events are end-to-end encrypted even with Advanced Data Protection successfully enabled.

Avoid The Hack features a detailed guide on enabling Advanced Data Protection in a separate post.

At minimum, to be listed on avoidthehack, secure cloud storage providers must:

End-to-end encryption provided should make the service’s server blind to what exactly is stored in a user’s account.

This helps prevent unwarranted file “scanning” by the service provider’s servers, metadata ingestion (a consequence to user privacy), and helps prevent third-party access to a user’s files. Implementations should encrypt data on the client-side prior to upload to the server.

Encryption should include file metadata as well; this helps prevent unwarranted data collection based on metadata.

Ideally, services listed here would have a whitepaper detailing their implementation and security model(s).

Additional personal identifiable information outside of registration should not be a requirement for service use.

At most, for registration, an email address should be requested. Mobile phone numbers or required disclosure of other PII should not be mandatory for use.

Clients provided by secure cloud providers listed here must be free of [tracking technologies](/tools/tracker-blocking), including, but not limited to:

At minimum, cloud storage providers should at least offer TOTP as a MFA method. Codes sent via SMS or Email are not considered strong forms of MFA.

Ideally, the cloud storage provider would support the use of hardware keys like Librem, NitroKey, or YubiKey.

While near impossible to ensure all data associated with a user’s account is erased, cloud storage providers listed here should make the process easy for users who wish to delete their account and account data.

There should be a clear “pricing” page; pricing should be easy to understand for most users. Features for each pricing tier should be clearly outlined.

Ideally, encrypted cloud storage providers listed here would specify what happens if a user uses above their storage allotment tier.

If none of these secure cloud providers live up to your expectations or your situation calls for reliance on more traditional cloud storage providers, then it's highly suggested to look into encrypting your files prior to uploading them to the cloud. This is good advice for upload to any file service.

With that said, stay safe out there!